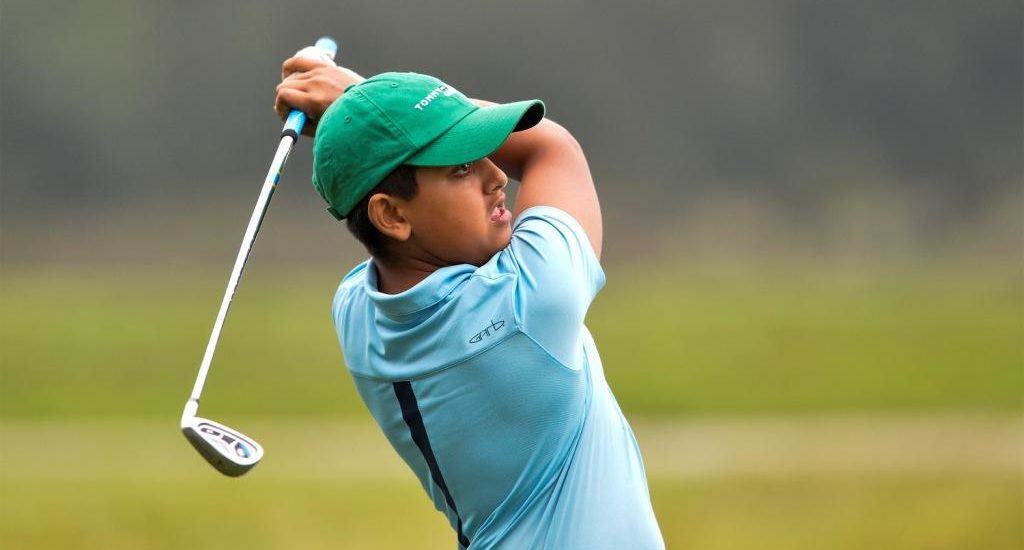 The Ryder Cup will be played this weekend. That’s the world-famous golf competition in which a 12-man team of the best professional golfers from the United States plays 12 of the best pros from Europe.

So I thought it would be fun to play a golf match of my own. Yesterday I went to the 1757 Golf Club in Dulles, Virginia, to play a nine-hole match with Sihan Sandhu. Sihan is a home-schooled 10-year-old who lives in nearby Ashburn.

Wait: Before you think this match was going to be easy for me to win, I should say that Sihan may be the best 10-year-old golfer in the world. He has been playing competitive golf since he was 6 and has won lots of tournaments around the Washington area and around the country.

In August, he played in the U.S. Kids World Golf Championship in Pinehurst, North Carolina. He won the three-round tournament for his age group with a score of 23 under par. (Par is what an excellent golfer is expected to shoot; 23 under par is amazing.) He beat his closest competitor by an unbelievable 17 shots.

So how did the Bowen-Sandhu match go? Not too well — for me.

First, I should explain that I have been playing golf for longer than Sihan has been alive. And I am pretty good. I usually score somewhere in the 80s (12 to 18 strokes over par) for 18 holes.

But I was no match for Sihan. The 4-foot-11-inch phenom beat me on seven of the nine holes we played. I managed to tie him on only two holes.

With his strong, smooth swing, Sihan makes a hard game look easy. He smacks his drives right down the middle of the fairway every time and then hits his next shot on or near the green. (The green is the area closest to the hole.) He shot a 1-over-par 36 for nine holes and said with a smile, “I didn’t play that well.”

What makes him so good? Well, he practices about 20 hours a week. That may seem like a lot of golf, but to Sihan it’s fun. He calls golf “serious fun.”

Still, Sihan is not that impressed with all his tournament success. His goal isn’t to be a great 10-year-old golfer but “to build the basics of a good swing” so he can be a terrific 20- or 30-year-old golfer. That’s why he likes to challenge himself by playing longer courses and against older kids.

So will he become the next Tiger Woods or Jason Day (Sihan’s favorite golfer)? That’s hard to tell. But one thing we know for sure: He can beat me.

Bowen is the KidsPost sports columnist.